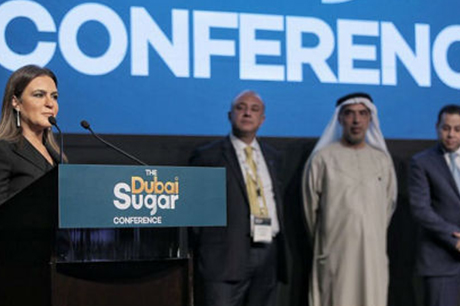 The project, named Al Canal Sugar, will be located only about 200 km (125 miles) from its market, Jamal al-Ghurair, managing director of the refinery, told an industry conference in Dubai.

Investment Minister Sahar Nasr said the project, with a cost of around $1 billion, would produce 900,000 tonnes of sugar annually, filling a supply gap in the market and making Egypt self-sufficient in sugar.

Ghurair said the global sugar market was oversupplied and that sugar margins had to improve by moving production closer to markets.

Al Ahly is the private equity arm of the National Bank of Egypt. “The mill is expected to start production in mid-2020 with full capacity reached in February 2021,” Salem said. The project will extend over 77,000 hectares (190,000 acres) and be farmed with wheat and beet in winter, and corn in summer.

The will have a beet sugar production capacity of 750,000 tonnes during the beet season which runs from February until June, with the potential to go up to 900,000 tonnes.

“That will make us the largest globally with a daily production capacity of 36,000 tonnes,” Salem said. The facility will also have the capacity to refine raw sugar, up to 900,000 tonnes, in the off-beet season.

Egypt expects to produce about 1 million tonnes of sugar from cane this season, which runs from January through May.

Egypt also produces about 1.3 million tonnes of sugar from sugar beet each year and consumes about 3 million tonnes annually. It meets its supply shortfall with a mix of private and public sector imports. Nasr said Egypt also hoped to eventually export sugar to African markets. The Minya agricultural land for the project was obtained under a 60-year long term lease deal while Al Ghurair is the major investor in the project.