UAE investors to set up $1b project in Egypt 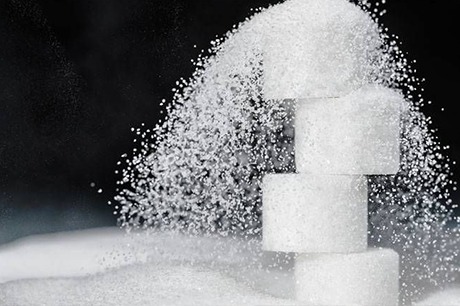 Aden – Yasmine El Tohamy – Some UAE-based investors, along with Egypt’s Al Ahli Capital Holding, are investing $1 billion to set up a sugar refinery as well as develop agriculture land in Egypt.

Jamal Al Ghurair, managing director of the UAE-based Al Khaleej Sugar, and other UAE investors will hold 70 per cent stake in the sugar refinery while the rest of 30 per cent will be controlled by Al Ahli Capital.

“Total investment cost of the project is $1 billion. Factory and part of the farms will be ready by end of 2020 and refinery should start production in early 2021. Located in Minya Governorate of Egypt, the refinery will produce 900,000 metric tonnes of white sugar per year. The project will see desert land reclamation of 77,000 hectares, of which 50,000 hectares will be irrigated with centre pivot irrigation system,” said Islam Salem, managing director and CEO of Canal Sugar.

“We will be ready to plant sugar beets by the end of 2020. The agriculture land need will do rotation with other crops such as beans and corns etc. The agriculture products and sugar are primarily for the Egyptian market, however, there are always opportunities for exports. Egypt is a country with deficit of a million tonnes sugar, hence, most of the production will find its way to the local market,” he told Al Khaleej Today in an interview on Monday.

Salem was speaking on the sidelines of the Dubai Sugar Conference 2020 on Monday. Globally, one of the key issues facing sugar market were very large surplus of sugar in 2017-18 and 2018-19. While 2019-20 should see a statistical deficit, the overhang of the surplus driven by India has been a drag on the market. While several countries have introduced sugar taxes, their impact has been uneven and their efficacy in reducing sugar consumption on a global basis has been debatable.

Egypt’s annual sugar demand is around 3.3 million metric tonnes. But there will still be a shortage of 100,000 metric tonnes after the setting up of Canal Sugar refinery. “The demand is growing in Egypt due to population growth as two million Egyptians are added every,” he said.

Salem said they had drilled 120 wells with very good yields of quality water and 25,000-30,000 acres of land has been prepared for agriculture.

The company has already obtained $165 million of bridge loan and is negotiating to raise more funds with local and international banks, he added.

“Al Ahli Capital Holding is also financial advisor and we believe the funding will be finalised in the next couple of months,” he said. – waheedabbas@alkhaleejtoday.co

These were the details of the news UAE investors to set up $1b project in Egypt for this day. We hope that we have succeeded by giving you the full details and information. To follow all our news, you can subscribe to the alerts system or to one of our different systems to provide you with all that is new.

It is also worth noting that the original news has been published and is available at Khaleej Times and the editorial team at AlKhaleej Today has confirmed it and it has been modified, and it may have been completely transferred or quoted from it and you can read and follow this news from its main source.